ham
August 2021 edited August 2021 in Technical
Hi everyone! I wanted to share this method for bypassing key rollover when playing GoB. I'm not super-duper well-versed in technology, so I may get some terminology wrong... But I'll try my best regardless! I hope that this can help someone

Some players may have the issue that certain movements combinations prevent bombs from being placed. This is due to key rollover, which is where certain key combinations prevent other keys from being registered. For example, on my keyboard, simultaneously holding the down + right arrow keys prevents the spacebar from registering, which prevents me from chaining & placing bombs while moving diagonally. While the threshold for this limitation is higher on some keyboards, and while there are keyboards that are designed to avoid this issue (known as n-key rollover keyboards), many of us may have lower-end keyboards & non-gaming computers.

Though I noticed that I could use any arrow key combination when using K to place bombs, I found it difficult to adjust to this method for playing. I then realized that, if I switched to a different set of keys positioned near my arrow keys, and if I remapped these keys to behave like the arrow keys, I could play with my keyboard & not have rollover issues

Furthermore, this method will allow you to toggle on/off your keyboard remap, which may help if you need to type / use the keys for other purposes.

The image below shows what setup I wanted to remap my keyboard to for playing GoB. The keys highlighted in red are the keys I want to use, and the green text/symbols illustrates what their purpose would be. 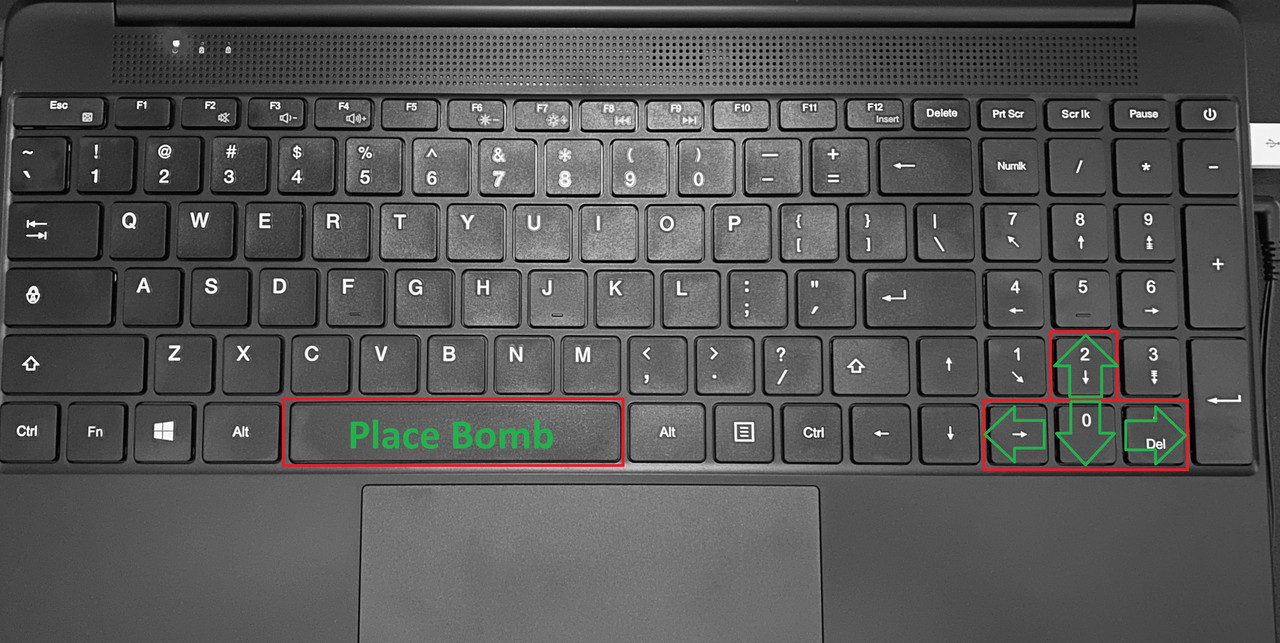 To remap your keyboard, you will need this program:
https://www.autohotkey.com/

For this tutorial, I am using version 1.1.33.09, though this tutorial will likely apply to other versions. When downloading, I didn't change any settings.

Once downloaded, we can begin creating our script, which is reasonably straightforward!

Step 1: In a folder where you'd feel comfortable putting your script, right click in the empty space of your file explorer, hover your cursor over to New, and then click on AutoHotkey Script 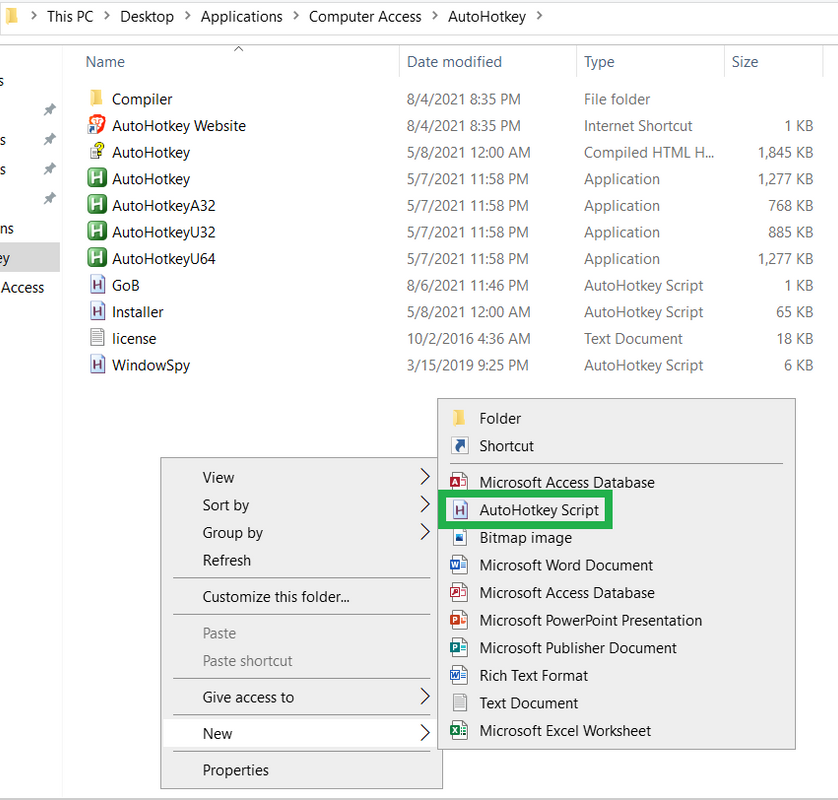 Step 2: Now that you've created the script, you may right click on the new file, and click on Edit Script 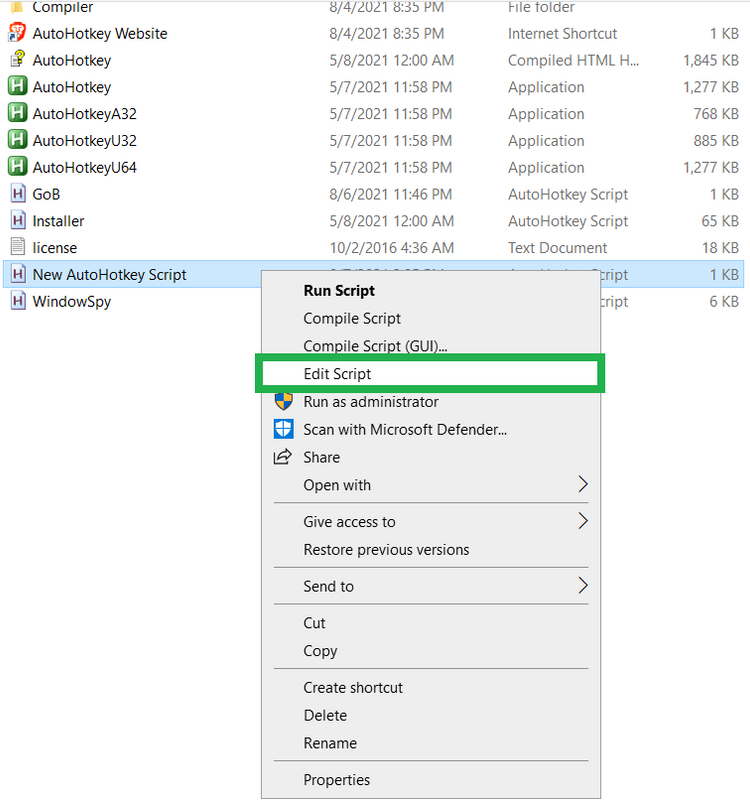 Step 3: The script file will now open in a word processor. The file will have words written in it, but you may delete these 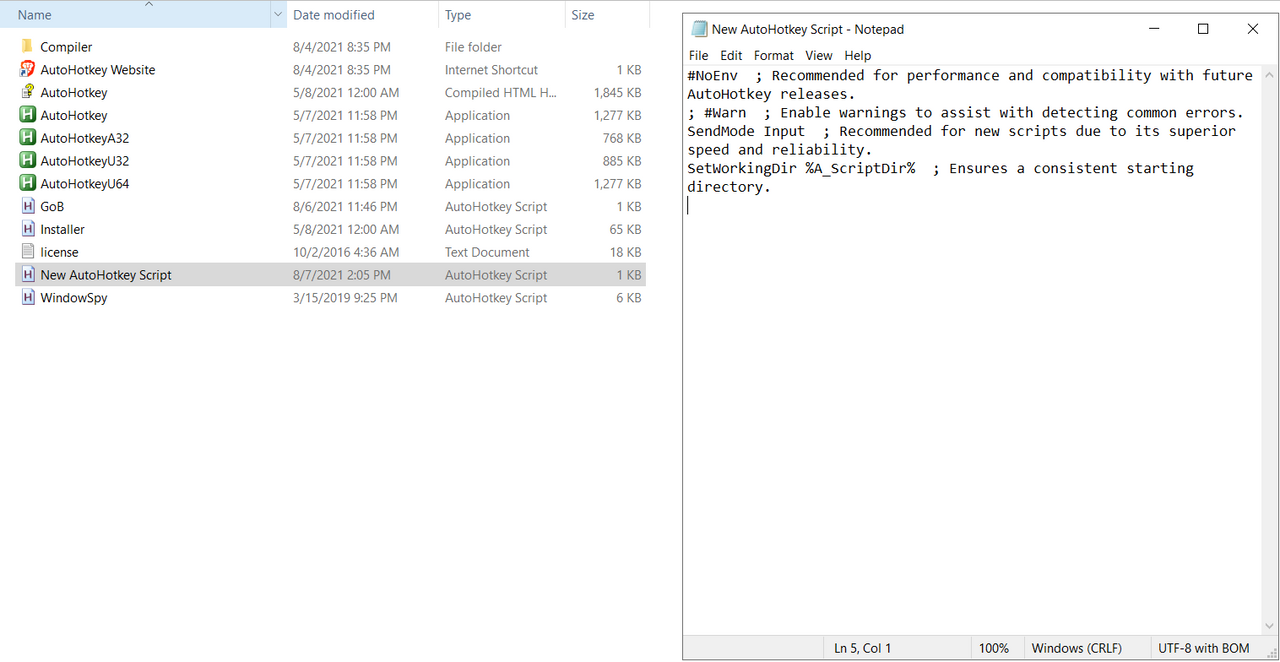 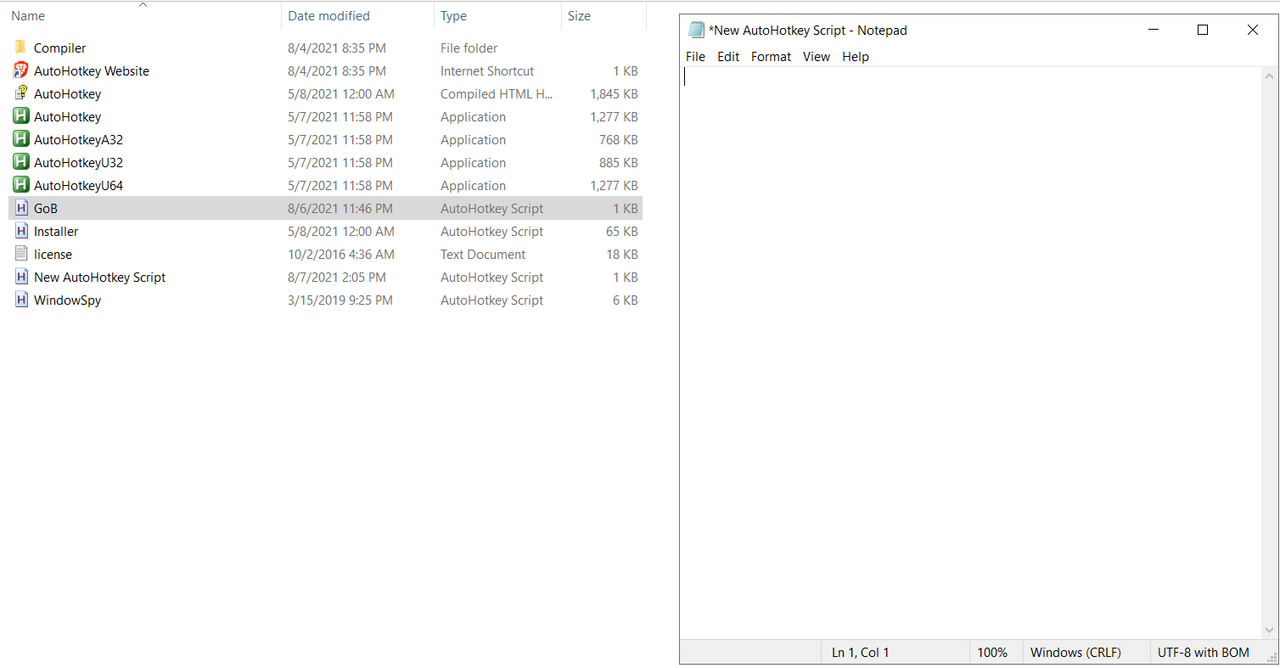 Step 4: Open the following site in a new tab. This site will help you find what keys correspond to what code for your script
https://www.autohotkey.com/docs/KeyList.htm

Step 5: For this step, I will show what code I am using for playing GoB with the keyboard arrangement I showed at the beginning of this post. You may use whatever keys for your script, though!! 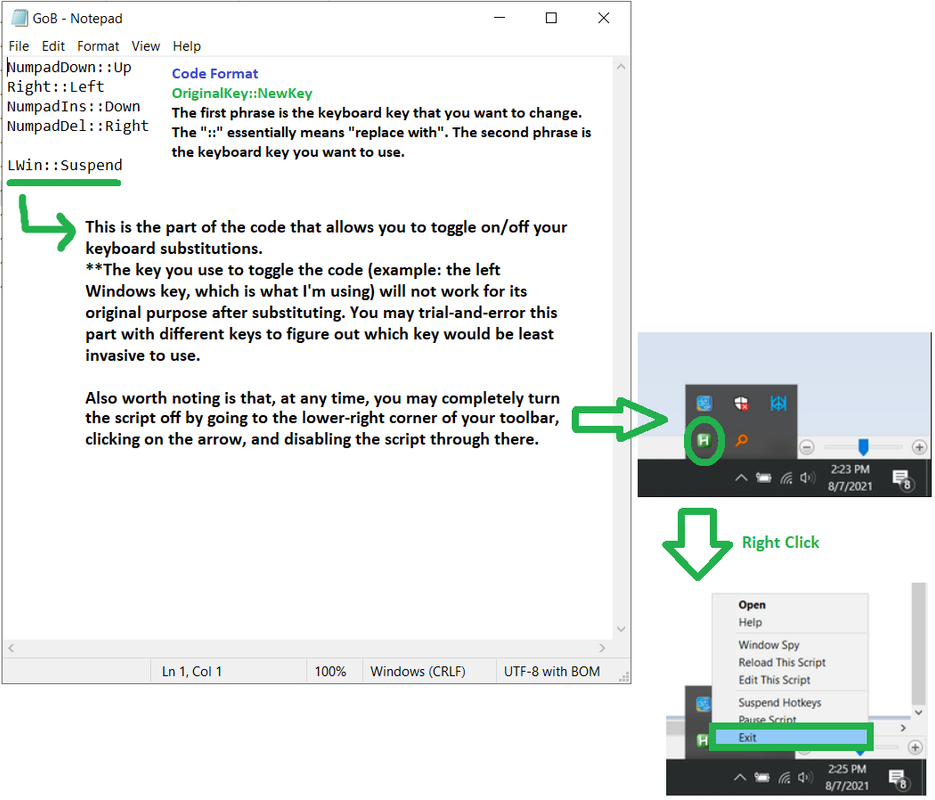 Step 6: Either hold down Ctrl + S to save your file, or save your file however else you'd like to. Then, you may close out of the word processor, then double-click on your script file to run it. It should now be running! Try it out in a game. I hope that it works!!!!!

I hope that this tutorial has helped! I find that my playing has improved drastically after making this change, for I would avoid diagonal movements when wanting to place bombs, which would lead to less skillful playing & a greater number of deaths.